He valued fair play, hard work, tolerance, patience and believed in correct and proper teaching that develop good relationships with students. Our college is privileged to be named in honour of such a successful leader and partners with the Tonkin family to ensure our college upholds the values of the late Honourable John Tonkin.

In November, 2011, the Minister of Education, the Hon Elizabeth Constable formally launched John Tonkin College. The College is the result of the merge of Mandurah High School and Mandurah Senior College and commenced operations in January 2012.

John Tonkin was the only Labor Premier born in WA up until 1981. He was a staunch Labor supporter and set up a branch of the Australian Labor Party in Forest Grove in 1923. He was one of the youngest delegates elected to the ALP’s State Executive. He had two unsuccessful attempts at entering Parliament before winning the seat of North-East Fremantle in 1933. During his time in Parliament he served as Minister for Education, Social Services, Agriculture and Works, and Water Supplies. 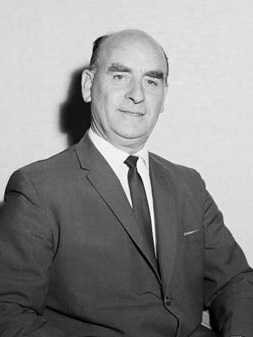 He became Deputy Premier in 1955 under Bert Hawke. In 1967, he was elected leader of the Opposition and became the first person from a metropolitan electorate to hold that position since Daglish’s year in office in 1904–1905.

Mr Tonkin led Labor to victory at the state election in 1971.

Mr Tonkin’s period in office is remembered as a period of social reform – among other firsts, establishing the Aboriginal Lands Trust and the Environmental Protection Council.

His government gave WA the distinction of being the first in the nation to create an office of the ombudsman. It also reduced the minimum voting age to 18.

He was also renowned for his support of the Tronado anti-cancer machine and for opposing the use of flouride in Perth’s water supply.

John Tonkin served in the Western Australian parliament from 1933 to 1976.

One thing I have learned..is that it pays to be persistent. One does not always succeed at the first attempt. History is full of examples of initial failures which, subsequently, were turned into successes.